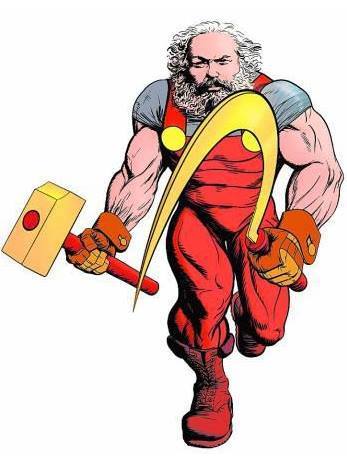 Do you ever wonder why the West is crumbling right before your eyes?

If your desire is to stop the slow slide of the West into a derelict Marxist mire, then read on, identify the enemy, and join the fight to rid our once prosperous, united and cohesive Western societies of a disease as bad as any plague that ever visited itself upon us.

Cultural Marxism is how the left have white anted the West. It is the root driver of every cause they have taken up over the last fifty years. I’ve written on the issue before, but today I watched the video below, and it has inspired me to write once again.

Cultural Marxism came from Frankfurt school exploitation of the West’s (once) free approach to learning. Our liberal attitudes to education allowed its propagandists easy access to our teaching and learning institutions, and they were eventually taken over to the point where today schools and universities are almost full on submergence in Frankfurt school politics.

All of these issues are critical of our established society, and the mission is to be extremely critical of that society, to build numbers, to level and make waste of that society and replace it with the Marxist Utopia. A Utopia free of the oppressors who are making life so ‘unbearable’ today.

I repeat, the people pushing these issues are mostly victims. Stupid uneducated left wing automatons such as these fools congratulating Nth Korea on building a hydrogen bomb. Unbelievably ignorant, this is an example what our Frankfurt School controlled schools and universities are pumping into our electorates today.

The knowing or unknowing purveyors of Critical Theory have infiltrated most of our cultural institutions and now control them. Not only our schools and universities but our media and our entertainment sector. Our newspapers, our television/ radio news broadcasts, our movies and TV series, they are there and they’re everywhere.

Even our sporting institutions as demonstrated by the over the top reaction to West Indian Cricketer Chris Gale’s harmless attempt to flirt with a so called television reporter. Gale was fined $10,000 and as I write this, is being threatened with a ban from cricket. This is a particularly telling example because it reveals just how deeply Frankfurt school influence has penetrated, with the entrepreneurs behind the Big Bash League, its management and luminaries like legendary cricketer Ian Chappel, supporting the sanctions against Gale. Without the faintest idea of the real intent of the ideology they promote.

So we get to  the video below. I urge everyone reading to watch it. Please watch it. Even if you understand all of the above you will get something from this video. It is a creditable attempt at explaining Cultural Marxism because it is succinct and simple and accurate all at the same time.

If you value Western civilisation, and you have regard for the values and institutions it was built on, then you need to stop the Cultural Marxists or all of those things will be gone and what you are seeing today is only a glimpse into a far greater future hell these people will bring upon us if we let them. They are a massive force, but we can defeat them if we unite in that one purpose and that one understanding. Go out there, and fight the Cultural Marxists at every opportunity. If you don’t, everything is lost.

23 thoughts on “What is Cultural Marxism and What is Critical Theory ?”