In the US CO2 emissions are falling because of the fracking industry.

In Europe CO2 emissions are rising because of the failures of a corrupt and bloated bureaucracy engaged in subsidising unworkable alternative energy schemes. 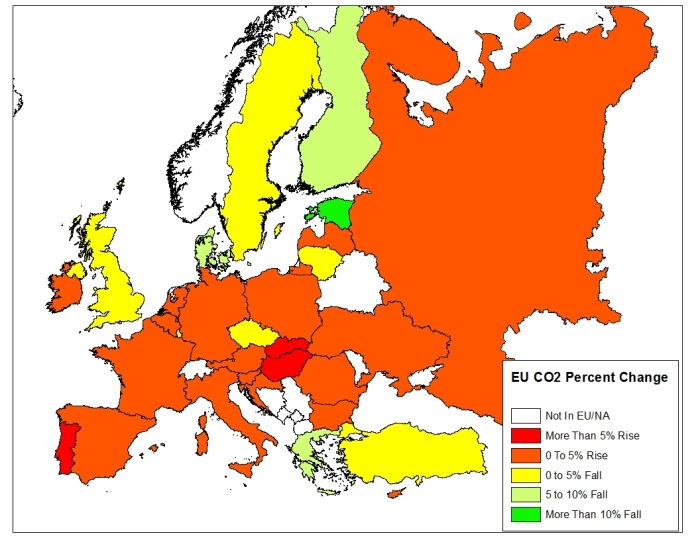 The EU has worked hard to stop fracking, and simultaneously it has spent $1.2 trillion subsidizing green energy. EU regulations, financial support for green energy and taxes cause the average European to spend 26.9 cents per kilowatt-hour on electricity, according to calculations performed earlier this month by TheDCNF. The average American only spends 10.4 cents.

Fracking has cut more American CO2 emissions than solar or wind power, according to a study published last November by the Manhattan Institute. The study shows solar power is responsible for a mere one percent of the decline in American CO2 emissions, while natural gas is responsible for nearly 20 percent. For every ton of CO2 cut by solar power, fracking has cut 13 tons.