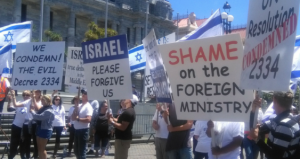 Should voters really be surprised to see the NZ National Party lining up with communist Venezuela, and puffing wind into the sails of the murderous hate driven Hamas organisation?

New Zealand has been on the slippery slope for at least fifty years. The rate of the slide has slowed somewhat under each period of National governance, but neither Bolger, nor Shipley, nor Key have ever turned the wheel in a different direction. Never changed the final destination. Never veered off the socialist path.

It is a stark illustration of National’s spinelessness that the only real change over the last half century came from Roger Douglas, Richard Prebble and the Labour Party. The far left of Labour soon quelled that insurrection.

From Jim Bolger forward, National have not met a leftist idea they did not eventually allow or implement.

When so many are aware of the left’s primary strategy, (Cultural Marxism) National have stubbornly persisted in denying its existence. Talk to almost any Nat supporter and they’ll tell you “Oh, that was the direction the country was moving in, and National could not have stopped it.”

Perhaps National could have been forgiven for their foolish intransigence up until twenty years ago, but since then, information barriers put in place by the left have been smashed, and any infant can research the political truth that the Marxists have been using cultural influences for decades to steer the political direction of the West.

Yet even today, when all of the information is out there in stark honest relief, the National Party will not use that resource. They steadfastly ignore the truth and instead embrace every leftist lie they can.

For fifty years or more these damn fools in National have danced like inebriated puppets while the global left have pulled their strings.

So now we line up with dictators, totalitarians, communists and murderers to malign the only democracy in the Middle East. What is this really but the icing on National’s cake? So much so that even the extreme left, all that remains on NZ’s truncated political spectrum outside National, are applauding enthusiastically and loudly.

And we who have spoken out against this treachery over the years? What do National say to us? Nothing except what the left tells them to say. Don’t go to this website. Don’t go to that website. They are heretical. The writings there are sacrilege. The people who write there are political Satanists.

The left has told them this and National trusts the left implicitly. Anyone opposing Multi-culturalism is a racist. Don’t believe taxes and regulations can change the climate? You’re a denier. Oppose the vicious anti-family doctrine of the feminists? You’re a sexist. Decry apartheid, you’re a white supremacist. Oppose “environmentally” driven de-industrialisation, you’re a greedy capitalist exploiting the globe’s limited resources.

Readers may need to be reminded that is it not the so called left in NZ I am talking about here. It is the NZ National Party and their support base. It takes thirty seconds to track down a left wing site where they are telling you not to read sites that are to their political right. It takes the same short time to find the very same instruction on sites in NZ that support National.

Its time to sack McCully. Its time to sack Bill English, if not for anything he has done in the past, for his incompetent silence on a matter so important. Its long past time to sack John Key who we now see as a selfish narcissist who did not care about anything as much as he cared about being popular, even if it meant pandering to almost every evil the left could place in his path. He knew of this latest anti-Israeli event, no doubt pressed upon him by his “good friend” Obama, and he quit because he couldn’t bear the thought of his popularity falling.

Really though, we just need to sack the whole damn National Party, who for fifty years have joyously surrendered to the left and have never once even thought of developing a counter strategy to Fabian style gradualism. In more enlightened times, they will be seen for the failures they have been, just as the US Republicans are now being exposed for their incompetence and surrender.

NZ has two choices. A violent change of political direction, or the same outcome that has occurred in Venezuela and Greece. (Treasury forecasts net debt at 200 per cent of GDP by 2060). I think the latter more likely than the former, if not for the wilful blindness and incompetence of National, then for the fact that they and Labour have for fifty years or more combined to stamp out any non-socialist thought and speech patterns.

As a result of this one-party-state totalitarian zeal, there is nowadays in NZ a serious lack of the political courage and acumen needed to build resistance. Even when it comes, the left will falsely label these future rebels as fascists, and then National will be right there, nodding like imbeciles in agreement. As stupid and as hapless and as manipulated as ever.

The demise of the National Party in its current format is long overdue, and all we can hope for now is that recent events hasten badly needed reform. This week’s sequence of catastrophes was set in motion Monday when Tova O’Brien interviewed Simon Bridges on his leadership aspirations. (see video below) Ms O’Brien has hated […]