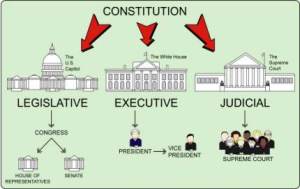 At the heart of the communist attempt to bring down the USA is their penetration of the US schools system. If I was ever made President, I would immediately decree that every public school, every building and every document and learning utility within those buildings, be burned to the ground, every public school teacher sacked, and the system rebuilt from the ground up without any central control system, without any government funding, and without any government employees. State or federal.

Why would I do this? One simple reason. Wherever communists are making inroads into a country you will find they are funded by government money. The cutting off of government revenue will always drive communists out of business for they can never attract funding for their perverted system voluntarily. The US education system is hopelessly compromised and infiltrated by communists who use it as a river of funds to indoctrinate children. Children are, without them or their parents even being aware of what is happening to them, indoctrinated with the destructive values of Cultural Marxism and Critical Theory. At the expense of a real education.

America’s history stands as a monument to freedom and individual liberty, and is therefore totally incompatible with the collectivist indoctrination process. Its no surprise then to find that when the odious propaganda sheet Newsweek, (recently sold for the princely sum of $1.00), decided to subject 1000 random Americans to the official citizenship test,

The article this information comes from is itself a contemptible gathering of left wing lies half truths and misinformation. (written by Andrew Romano, a known extreme left zealot who has written other pieces attacking the Tea Party and Michelle Bachmann) Everything that drove Newsweek to the verge of bankruptcy. Leaving that aside, the incontrovertible facts on the test show the education system is a dysfunctional and destructive sovietized process. The most important part of defending and retaining freedom in the US lies in each and every citizen fully understanding how their country was formed. The school system is deliberately hiding this history from American children.

I once supported public education on the grounds that the principle of educating every child regardless of the financial position of that child seemed fine. Of course the left took the idea over and converted it to their cause, and as with everything the left get control of, they destroyed it. There no longer is an education system as the failed answers to the citizenship test above show.

There is no education taking place, only indoctrination where students are dumbed down to a level that will make them completely malleable to the ideas of socialism. This is just one more despicable act of betrayal that the left must one day be held accountable for, and that day has to arrive sooner than later.

(BTW, this criticism is not isolated to the US. The same pattern is occurring in every western country.)