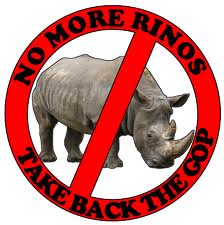 If Romney had half the balls of Maria Conchita Alonso (see post below) he might be worth a vote. Check out this transcript from the O’Reilly show that demonstrates quite clearly that Romney is just another liberal suckhole. A no-fight loser of the kind that has been selling the Republican Party and the United States of America down the tube for fifty years.

O’Reilly: Is he [Obama] a socialist?

Romney: You know, I prefer to use the term that he’s just over his head.

O’Reilly: Yeah, but you got to look at his economic plan. An economic plan that’s top down, federal leadership, getting us out of the recession— he spent trillions of dollars on that. And people say, Listen, the guy’s a socialist — it’s class warfare that’s what he’s gonna wage against you if you get the nomination: You’re a rich guy, you’re out of touch. Is he a socialist?

Romney: Uh, you know, I consider him a big-government liberal Democrat. I think as you look at his policies, you conclude that he thinks Europe got it right and we got it wrong. I think Europe got it wrong. I think Europe is not working in Europe. And I’ll battle him on that day in and day out. But I’m probably not going to be calling him names so much as calling him a failure.

In fact socialist is only going half way. Obama should be called a communist, as there is a truckload of evidence to support it.

No Romney no way.

Better another term of Obama than this compromiser and surrender monkey.

Lets get the whole damn Marxist thing over and done with once and for all.

17 thoughts on “Why it needs to be anyone but Romney”

Find Chauvin guilty or we will burn down your house!

Why would any sane jury member bring in any other verdict? The time for going bravely out on a limb for justice is past in the US of A. Do that and the Marxist mob is not only likely to beat you to death, but it will burn down your house and beat up your […]

NZ media staff cuts, but where?

This from general discussion on a well known New Zealand website. It is similar to other rumours making the rounds, but seems to have the ring of truth to it. It seems that there may be some serious problems going on at Newshub. A good mate of mine goes to the same gym as Cam […]

Michael Savage- in the US, the next civil war has already started

“Its in the red zone. Everybody knows that there is something very wrong” Only a very occasional listener to American political commentator Michael Savage I was struck by his latest podcast and the references within to items written about on this very website. Namely the hate campaigns being waged by the left against their political […]