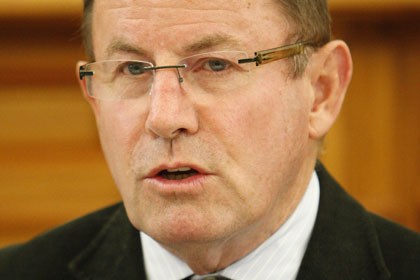 Act Party leader John Banks confirmed he would vote for the bill at the first reading.

Asked why he was supporting it, he replied: “Because I am.”

Banks has consistently proven himself over the years to be nothing but a bullshit artist and opportunist who does not live up to the standards he professes to regard as important.

He has talked the talk loudly and brashly, but has completely failed to walk the walk.

Banks’s election to parliament on the ACT ticket was a big enough joke, but Banks’s idiocy on this issue should put both his political career and that of the (lately) equally confused ACT party to its long overdue death.

Colin Craig should not ever consider inviting this confused and broken down idiot to join the Conservative Party.

26 thoughts on “John Banks- Has There Ever Been a More Useless Political Prick?”

Willie Jackson never used to annoy so much, but lately he’s gone full blown moaner, and has also become an intolerable race baiting bore. On Friday he was manifesting this change by pushing for racial preferences in govt tendering processes. Meaning if you’re tendering for govt business and you’re a New Zealander with European blood, […]

Abject Propaganda on Three Strikes Law from Pravda One

TV One is the NZ govt owned news service that many people call Pravda One, because it often acts as a propaganda arm for socialist causes. Its adding to that reputation with a news item today on the repeal of the “Three Strikes Law”. (The irony is that most of the presenters and “journalists” who […]