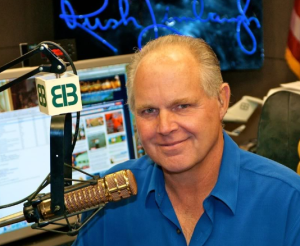 The left like to make up hit lists of commentators who oppose them and then find ways to get those people shut down. Over the last few years we’ve seen numerous complaint campaigns organised by left wingers targeted at station management or the advertisers who use radio shows or blogs the left don’t like.

Two Radio Live talkback hosts were suspended after a complaints campaign. The Whaleoil blog has suffered the same kind of attacks. Not happy with either not listening to or not reading these outlets themselves, the left want to stop other people from accessing them as well. This is all done at the same time as they try and portray themselves as defenders of freedom of expression.

In the US there is a campaign to shut down Rush Limbaugh. Its called StopRush, and the people behind it claim to be ordinary consumers unhappy with Limbaugh’s political views. They say that as a means of expressing their dissatisfaction, they wont shop at or use the services of advertisers on the Rush Limbaugh show.

However Limbaugh and real journalist Sharyl Attkisson have done some detective work and discovered StopRush to be a complete fraud organised by the George Soros funded Media Matters group.

Only 10 Twitter users account for almost 70% of all StopRush tweets to advertisers, amplified by illicit software. In addition, almost every communication from a StopRush activist originates from outside the State of the advertiser. Thus, these activists are not and never would have been customers… their only role is to harass small businesses in an attempt to interfere with their operations, as long as they are advertising with Rush.

So once again we see the innate dishonesty of the left and their typical ends justifies the means mentality. They’ll do anything to shut down opponents whose ideas damage their plans. One wonders just how genuine the protests were here in NZ and whether or not the complaints were inflated by similar trickery.

You can read the details on the left’s fraud here.