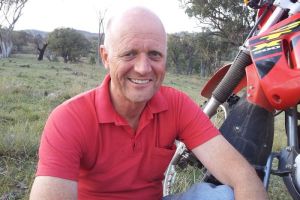 David Leyonhjelm on his farm near Mudgee NSW

The Brisbane Times reports that Senator David Leyonhjelm has become the first Australian politician to break with the bipartisan push for constitutional recognition for Indigenous Australians.

“Every human being in Australia is a person, equal before the law. Giving legal recognition to characteristics held by certain persons – particularly when those characteristics are inherent, like ancestry – represents a perverse sort of racism. Although it appears positive, it still singles some people out on the basis of race.”

Senator Leyonhjelm also argued that some Aboriginals do not have a relationship with traditional lands and water. “Statements like this belong in scholarly research, not legislation. Ever since the Enlightenment we have accepted that questions of fact are resolved by evidence, not by decree. You can’t legislate a fact.”

His comments were immediately dismissed as “pathetic” by Reconciliation Australia co-chair Tom Calma, while Aboriginal and Torres Strait Islander Social Justice Commissioner Mick Gooda said it was too early for anyone to be so trenchantly opposed to the process.

“Everyone is entitled to their view but he just needs a bit of education,” Mr Calma said.

Senator Leyonhjelm’s remarks were made during a speech in the Senate. They could just as easily apply to NZ as Australia.