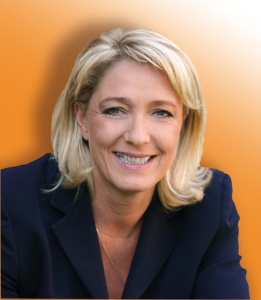 The latest polling data on the upcoming French elections puts the National Front on 29 per cent, ahead of both the opposition UMP party (25 percent) and the ruling Socialists (21 percent). The country votes on March 22nd and 29th to elect representatives in each of the country’s 101 counties.

A large part of the party’s growth is due to French Jews increasingly turning to the National Front as they see it as the best bolster against the rising threat of Islamism.

The support of the Jewish society completes a major phase of change for the party under Marine Le Pen, who took the party over from her father Jean-Marie 5 years ago when it was considered anti-semitic.

Political pundits are predicting the National Front will attract at least 30 to 33% of the vote by the time of the elections.

These results will be very encouraging for Marine Le Pen as she looks forward to the 2017 presidential election in which she is expected to make a run-off vote, possibly against either Sarkozy or Hollande.