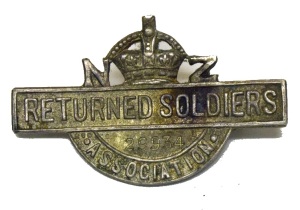 The Returned Services Association says it is preparing a strategy to fight to keep the current New Zealand flag. The association has criticised the cost of the exercise and questioned the need to hold two referenda. It has also suggested the appointment of a flag change committee so close to the Anzac centenary was ill considered.

As far as I can see, the RSA is the only organisation so far to make an issue of the way the two referenda are being held, a strategy that is so obviously a fraud that it drags John Key and the rest of the National Party down into the gutter of politics. There are not many places lower than that.

It is a terrible reflection upon the National Party in that they have apparently sunk so low collectively that not one of them is prepared to speak out on this immoral deceit. That Key is already under pressure for deception should not be seen as a reason to quell criticism from within National on other examples of deceit.

This is an issue that many NZers feel very strongly about. Nats with a conscience should speak out.

National RSA president BJ Clark said they were working on a plan to fight to keep the current flag, and would unveil it after ANZAC day. He said New Zealand forces had served and sacrificed under the flag, which was as relevant today as it was when troops landed in Gallipoli.

He also said it was unacceptable that the new committee would come just before the ANZAC centenary, and that the $26 million cost of the review project was excessive.

“I’m not sure why we should got through a process of picking a number of flags first then putting it up against the existing flag, only to find there’s an overwhelming majority of people who don’t want change.”

Mr Clark is dead right, and it is a clear indicator of the dishonesty of our would be Progressive ruling class that no one in the media, the National Party, or any other party, or the Wellington beltway in its entirety, is prepared to speak out on what is nothing but a cheap cynical ploy to advance the flag change argument.

The first referendum is clearly designed to be part of the softening up process for the country to, by the time of the second referendum, eventually accept John Key’s new flag.

Even when the charter for the process states clearly there shall be no presumption of change.

This is a massive fraud and I shall never forgive the National Party for allowing John Key to perpetrate such a shallow cynical artifice. Everyone of them is condemned as either a coward too afraid to speak out against Key’s deceit, or a part of the fraud. End of story.

(as for NZ’s mainstream media, who are yet to comment at all on this aspect of the referenda, we already know what they are..)

It is so disappointing to see ACT refuse to challenge the Climate Change Scam. One would have thought, with their professed focus on small govt and less spending, they would take a clear stand against something that massively increases govt power and is already costing consumers millions in fees and charges that are in actuality […]

This video is just an unknown guy talking, but by reason of his logic, he’s sounds pretty credible. Picked the video up on Gab, and have no idea of its origins or I would post an acknowledgement. However, he’s a master of plain talking and in two minutes makes one of the best cases I […]

A friend alerted me to a Radio NZ interview with the progressive media’s favourite object of hatred, Pastor Brian Tamaki. The “interviewer” was hard leftist Lisa Owen, and she harried and harassed Tamaki through the whole interview in a totally unprofessional and personally prejudicial manner. Lisa seemed to be projecting her own personal hurt, in […]