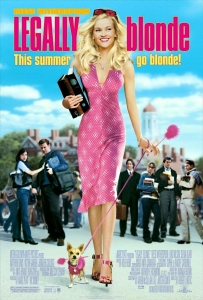 Who are the Marxist idiots now in control at the NZ stock exchange who think that they must decree what the sexual makeup of a company’s board may be?

A company’s first loyalty is alway to its shareholders. People who have put money into the company in order to see that company flourish and give them a return on that investment.

These shareholders expect companies to choose the best people available to fill roles an their boards. They would not expect them to cast someone of superior ability aside merely because he is a man and not a woman.

Contrary to this sensible understanding, the NZX have issued a “guidance note” on diversity reporting setting out what an effective diversity policy might look like. It emphasises the importance of setting measurable objectives and states these might take the form of specific targets, such as:

NZX has also suggested a number of non-numerical objectives. These include:

There is much more of this repellent Marxist language in its “guidance note”. Once could say the objective of the note is merely to standardize reporting and make “diversity” more measurable, however to me it indicates a wholesale buy in to the Marxist concepts that propel the “diversity” push.

Some women may be better managers than some men, and vica versa, but in both cases this is down to individual personality characteristics and not to which toilet they use. The concept of “diversity” is recognised by most people with a brain as just another divisive strategy to weaken our society and make it more malleable to left wing political domination. Leaving aside the pathetic pussy whipped mental state of most NZ men.

In another place and time I may have been surprised and disappointed to see such politically correct drivel coming what was once the fortress of free enterprise, but I am not today, and especially not in NZ, where Marxism rules society with a velvet glove so cleverly and so effectively most NZers do not even know it.

The NZX of all people should know it, but apparently they don’t.