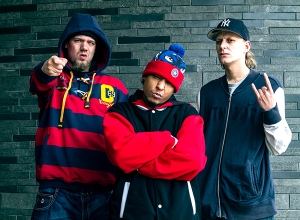 The older generation thinks the newer generation are a bunch of clueless bumpkins. Yeah yeah, we’ve all heard all that before. According to the progressives, there’s nothing to worry about. Over on Kiwiblog there are legions of communists who will tell you today’s kids are no different to yesterday’s.

Well, its not that simple. For one thing, the next generation are inheriting a legacy identified by the fiscal irresponsibility and moral relativism of the Progressive era. For another thing, says Steve Deacy at the Washington Times, millennials appear to be detached from every foundation necessary for self government- personal responsibility, morality and strong families.

70 percent of American males between the ages of 20-34 are single and living in a state of “perpetual adolescence.” These are prime reproductive years and most young men appear to be sitting them out, or at the very least they’re inseminating and then splitting as evidenced by an out-of-wedlock birth rate that has soared to 41 percent of all childbirths. Almost one-third of millennials are still living at home with either mom and/or dad. Its not just an American problem. Its a Western problem.

For the first time in history, married heterosexual couples with children comprise the minority of households. Needless to say, that is not a sustainable trend for any culture seeking to pass on its virtues and values to the next generation.

Of the 22 industrialized countries that took part in a job-skills survey overseen by a branch of Princeton University, American millennials ranked in the bottom third overall. Still worse, in the category of “problem solving in technology-rich environments,” American young adults ranked dead last. Even college-educated millennials didn’t fare well, scoring better than just Poland and Slovakia.

And it gets even worse.

Mr. Deacy says uur millennials are so spiritually and morally lost that even if they wanted to correct their shortcomings, their generation lacks the wherewithal to do so. It’s gotten so bad out there that even the notoriously leftist New York Times just published an op-ed bemoaning “our kids don’t believe in moral facts.”

Deacy writes- In recent years we’ve lamented numerous economic bubbles that finally popped, but none of those threatened us existentially like the coming Millennial bubble does. Millennials generationally have the fewest well-adjusted adults, families and qualified breadwinners than ever before. It’s a perfect storm that is the cultural equivalent of an extinction-level event.

The coming systemic cultural meltdown did not occur in a vacuum. To put it bluntly, our millennials are simply products of the toxic environment previous generations reared them in. This is learned behavior.

I have to say my own observations generally concur with this hypothesis. However Mr. Deacy sees a ray of light. He thinks if it can be learned, it can be un-learned. I’m not so sure I agree with that. Who the hell is going to be around with the knowledge that needs to be conveyed as part of the un-learning process?

12 thoughts on “The coming “clueless millennial” bubble, is it the end?”

Its over- the left have won

So many words, and falling mostly on deaf ears. Not just this blog, but many others have been warning for years and years and years about what will happen if NZ does not change its communist trajectory. The trick to life is to always try and see things as they really are. To filter out […]