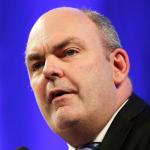 Why do we need to make this a “Maori” thing?

Science and Innovation Minister Steven Joyce and Māori Development Minister Te Ururoa Flavell today announced the third annual investment in the Vision Mātauranga Science Fund, which was established to grow skills and capacity in science and innovation and support outcomes that benefit Māori and New Zealand.

“The Fund aims to strengthen connections between Māori and the science and innovation system, and is one of the Government’s mechanisms to support Māori economic development.”

The so called Maori economy in NZ is valued at around $40 billion and they still need govt handouts?

Fourteen new companies will be able to increase their investment in R&D through Growth Grants worth up to $15.8 million over three years. Callaghan Innovation’s R&D grants programme is aimed at bringing New Zealand’s levels of private R&D investment and innovation closer to those of our major trading partners.

Growth Grants meet 20 percent of the cost of an eligible firm’s R&D programme.  A total of 152 hi-tech companies have now been awarded grants worth up to $356 million. That will in turn support business spend on R&D of up to $1.5 billion over three years.

Same old same old socialist cronyism. Govt picking winners. Yet another reason not to support National, whose own founding principles state- “to oppose interference by the State in business, and State control of industry”.

Sid Holland got it but Steven Joyce is never going to get it. He doesn’t get racism and separatism and he doesn’t get that the best govt is the govt that governs least.

The Taxpayers’ Union is shocked that the Government is wasting the last $80 million of the ‘Future Investment Fund’ on corporate welfare through Callaghan Innovation’s ‘R&D grants’.

“This is corporate welfare under the guise of ‘innovation’,” says Taxpayers’ Union Executive Director, Jordan Williams. “The fund was meant for health, education and infrastructure, not hand outs to private business.”

“Callaghan Innovation gives money to private businesses that pocket the returns. As Sam Morgan has previously pointed out, the main “R&D” component of the grants is the creation of a whole industry who write proposals so companies can cash in.”

“As examined in our report on corporate welfare, Monopoly Money, Government funded R&D grants have a long history of poor returns. We think it is shocking that the Government’s priority is corporate welfare over front line services.”

The Taxpayer’s Union has also commissioned a report entitled Monopoly Money, which examines the cost of corporate welfare since the 2007/2008 budget, shows:

Where are the challenges to the left’s constant lies?

Yesterday Candace Owens said she fell like she was living in a fiction, and its true. The USA, and most of our Western societies are drowning in a sea of lies. These lies in the main emanate from left wing politicians (Democrats in the US) and their comrades who have taken over the media. They’re […]

Yet another assault on privacy from the generation that has sold its soul to big tech. The billions of dollars in taxes the govt gets from private vehicle use (taxes make up about half of the pump price) are under threat as they force people to use electric vehicles or public transport instead of conventional […]

Candace Owens nails it on Tucker Carlson Tonight with a devastatingly accurate attack on the Democrats and their propaganda media comrades. “There are two pandemics going on in this country. There is a pandemic of ignorance, and that is only allowed to fly because we also have a pandemic of cowardice. We do not have […]