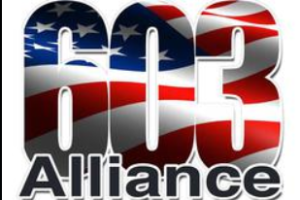 I admire Trevor Loudon very much. A Christchurch native, Trevor has worked steadfastly since the 1970s to expose the shady influence of the far left in Western politics. He was vice President of the ACT party from 2006 to 2008.

He describes himself as “Believing in freedom with responsibility, not freedom from responsibility. My ideal society is one in which government is slashed to the bone and people are free to reach their potential.” He is strongly anti-communist, in a 2006 post to his blog he stated “Socialism, is in short a manifestation of mental illness or major character deficiency.”

Loudon maintains a prolific blog entitled New Zeal. A series of posts on the Communist connections of Barack Obama caught the attention of US conservative groups and Loudon has since been well established in the US as a lecturer and political activist.

In April 2010, Loudon launched “KeyWiki,” which profiles over 64,000 radical politicians and political activists from the United States, New Zealand, Australia, Canada, South Africa and other countries. Its an invaluable resource if you want background on left wing politicians that you won’t find in the mainstream media. 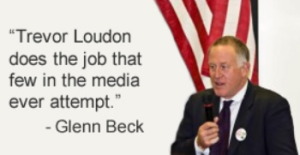 Trevor is speaking at the launch of a new political group in the US, The 603 Alliance , which describes itself as a coalition of activists loyal to the US’s founding principles and the Constitution. Their mission statement: “The 603 Alliance exists to restore Constitutional principles in all levels of our government by championing the principles of free people and free markets and uniting like-minded citizens in support of candidates who will further these principles.”

Good luck to Trevor and the 603 Alliance, I hope they can achieve what they’ve set out to do. If it involves support for Ted Cruz I’m even more enthusiastic.