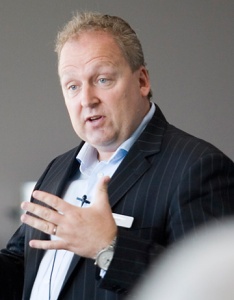 If you believe John Key’s Flag Change Panel is anything but another cynical self serving exercise in propaganda and manipulation of public opinion by our champagne communist Prime Minister then you need to think again. An exchange with panel member Rod Drury on Twitter proves just what a cynical farce the whole process is.

A fellow conservative (Sarah) known for her persistent courage and candour, asked Panel Member Drury to reply to a simple question she had asked some time ago about how many people had attended govt funded propaganda based roadshows in Ashburton, Wanaka, and Queenstown.

This was after Drury had uttered a statement urging NZers to”get into” the flag change process, an approach that would seem to blatantly contravene the “no presumption of change” policy that was highlighted in the policy document on the flag change referenda. NZ citizens should not be encouraged or compelled to enter into a process they perceive to be dishonest, cynical, wasteful and unnecessary.

Drury’s arrogant and forceful response to Sarah’s polite question lead off with the phrase “I don’t know who you are”, and he followed on with the instruction that Sarah must get involved and “use the opportunity”. This is a view that seems to exist in deliberate ignorance of the fact that the greater majority of NZers do not see the flag change process as any “opportunity” but rather as something they would prefer was not happening.

Sarah’s quite correct response to Drury’s rude response was “I am a Conservative, who are you?”.

Drury’s immediate response was “given your tone I’m not inclined to engage. Process is underway. Use it or loose it. Be rude I block”

To me this exhibited such a degree of arrogance and self righteous humbug I was appalled. Sarah had been nothing but polite. It was Drury who had been rude in questioning Sarah’s status and her right to question him. Also inherent in the statement was the implication that those who disagreed with the existence of the panel and its mission were below Mr Drury’s position, and that any such disagreement would automatically be classified as “rude”.  A view that I think is just the most self serving arrogant hogwash.

Sarah patiently responded “I asked a genuine question that was not rude. Why can’t panelist’s answer it?”

Once again Drury’s response was arrogant, patronising and unhelpful “I’m not sure but Chch was disappointingly low. Regardless process is committed so draw and flag and/or vote”

After being cc’d into the conversation I submitted my first 128 character limited message in response to Sarah- “Yes, seems that Mr. Drury is a tad sensitive. Comes with trying to railroad NZers into something they don’t want?”

Drury’s response was once again arrogant and patronising- “I’m clearly not. Though you have no problems hurling. Process started. Moan from the side or be part of it. Choose”

Note the reference to “hurling” which I thought given Mr Drury’s earlier sensitivity could only be a reference to what he would like to characterise as “abuse”.

Isn’t it typical how Progressives have gradually advanced with their anti-abuse strategy to the point where any challenge to prevailing socialist wisdom is so categorised and therefore becomes unfit to respond to? Thereby giving the neo-commies a convenient out from questions that are too hard for their precious easily hurt sensibilities.

My own response to Drury’s statement was “Hurling?? Good grief, can’t you progs ever respond to criticism other than by falsely categorising it as “abuse”?

Whereupon Drury instantly blocked me. So typical of no argument cowardly progressives everywhere who have only one response to any honest challenge to their assumed elitism or social superiority and that is to classify the challenger as a non-person and therefore unworthy of further exchange. A strategy that has typified one party state communist regimes throughout history.

This approach underpins the whole elitist flag change process, where self appointed proponents are determined to proceed with their insulting and wasteful agenda and pretend that those objecting are beneath contempt.

Drury’s response also suggests that the other meetings were as poorly attended as the one we know about, being the primary meeting in Christchurch where the 12 flag panel members outnumbered the ten members of the public.

However I think the telling point in the exchange outlined above is Mr Drury’s contempt for dissent, and that this typifies the whole process. Ordinary NZers are being rail-roaded by John Key and his cowardly Nat Party colleagues and a panel of elitist progressives into a process they do not want and do not want to pay for.

And those who object have every right. If John Key wants to enter into a personal mission to change NZ’s flag he should so it in his own time and at his own expense and not abuse the office of Prime Minster and the NZ taxpayer in the arrogant manner he is guilty of right now.

As for Mr. Drury he needs to show a lot more respect to the NZ citizens who are (mostly unwillingly) paying him his day rate.