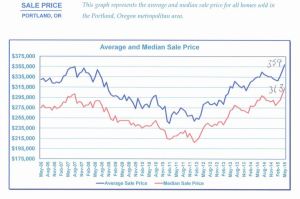 Cameron Slater has gone full left wing. He’s flat out like a lizard drinking trying to smear Labour as “racists”. Blissfully using the same old “call your opponent names” tactic the left have used for years and also aligning himself politically with many of the far left within Labour.

Another tack he is taking in this crazy political battle is to advocate for the release of more land. This is the “free market” solution he trumpets, along with the usual collection of cloud dwelling Libertarian fruit cakes.

Slater’s adopting of left wing tactics on one hand and flawed Libertarian solutions on the other examples so well the confused and directionless thinking of National party supporters.

I’m a Conservative, not a Libertarian, or a die hard National Party supporter, and this gives me the ability to look at the problem without my vision being blurred by impractical semi-religious doctrine or the need to support crony capitalist socialism.

More land will not fix this problem.

Those suggesting this as a solution are completely detached from the reality of billions of dollars of capital being moved out of the People’s Republic of China. They can’t seem to get the magnitude of what is happening.

Millions of Chinese are buying real estate now in Western cities all over the globe and these numbers are going to increase again once the effects of China’s stock market crash come into play. Auckland is not some isolated event. It is part of a global phenomenon and the “release more land” advocates seem woefully unaware of this fact.

Doubt this is true? Well here’s what the Guardian had to say on it yesterday-

Brian Ward, president of capital markets and investment services for the Americas at commercial property company Colliers International, said Chinese investors had already sunk around US$5bn into US real estate in the first six months of 2015, more than the US$4bn they invested in the whole of 2014.

In London, Alex Newall, managing director of super prime residential realtor Hanover Private Office estate agents said he had seen an increase in interest from Chinese investors at the top of the market, although no transactions yet.

Australia and Canada are also increasing in popularity, gaining an edge from their weakening currencies.

The rush by Chinese investors into foreign property has not been without criticism, with some in London, Sydney and Vancouver blaming them for pushing up already spiralling prices.

There is just no way that more land will satisfy the immediate and growing appetite for investment in Western real estate. Furthermore if more land is made available, and if there is ever a bursting of this bubble, then it will become surplus land and lead to massively increased losses once demand dries up and (as in all ponzi schemes), the last players are left holding the parcel.

When the bubble bursts, those with mortgages will suffer serious losses. The economic impact will be so great in NZ it will be similar to on a gobal scale a billion tonne meteorite crashing into Wall street. The myth that National are good economic managers will be shattered like glass. The shyster John Key’s love affair with the gormless and drooling govt addicted NZ voter will likewise be shattered beyond repair. The National party’s popularity will be similarly damaged as NZ’s weak and artificially inflated economy spirals into a Greek like depression.

NZ is on a treadmill it can’t get off.

The real tragedy is this all could have been avoided if National had shown some guts and intelligence from day one rather than just accepting the socialist baton from Helen Clark.