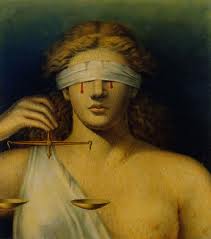 Mr. Armstrong has a few things right in his column today on the proposal to design a NZ Constitution. One of them is that Bill English and Pita Sharples and every other damn rorting thieving regulating unprincipled and racist denizen of the Beehive should not have a damn thing to do with it. They are the very people a Constitution should protect us from. What the damn hell would they know about drafting one?

He’s also right in saying that many of the matters in the Terms of Reference should be kept separate from the Constitution issue. Changes to the electorate for example are more a matter for parliamentary review. (My view is we badly need to return to state governments) That they are included seems like strategy to me. Make the issue so big it clouds what is really going on. He’s wrong on two things.

One is the TOW. This document should play no part in any Constitution as it is a race based document. See Lady Justice? She is wearing a blindfold. Any Constitution that makes distinctions based on race is immediately a flawed document. The TOW is history. It needs to be shelved and placed in a museum somewhere and otherwise forgotten about. No country can survive for long when rent apart by what the treaty has become today. A vile race based stain on NZ’s society. It was never meant to be this, but this is what racist opportunists supported by weak vacillating and vote seeking politicians devoid of principle have allowed it to become.

The second thing (wrong) is really something John doesn’t appear to get. What is the purpose of a Constitution? In my view, given the predatory and totalitarian nature of democracy today, its prime purpose has to be to limit the size and power of government, and to protect individuals from out of control politicians and bureaucracy. I want to see the vast government apparatus we have in NZ today dismantled and I never ever want to see such an abomination grow again. Everything else is superfluous. This objective makes the formation of the Constitution relatively simple. It must limit government and protect citizens from that government. There is really no other function for a Constitution, and unless we approach the issue from this direction, we’ll never get a real document. I’d say with the infestation of statists that this country is currently plagued with, its a very bad time to try for such an outcome.

9 thoughts on “John Armstrong on Constitution- Close, But No Coconut”

Who is going to stop the systemized destruction of the NZ education system?

Candace nails it. It is happening in New Zealand too, more so when Meng Foon and his Human Rights Commission starts harassing pre-schoolers with their Marxist BS. ..and no one who should care seems to give a damn that its happening. #nznationalparty #actparty

Labour supporting mainstream media in NZ are hesitant to criticise Police Commissioner Coster. He’s like them, a soft left wing wokester. Frontline police are unhappy about his leadership, and at the annual Police enquiry, shadow Justice Minster Simon Bridges reads Coster a letter from a senior officer explaining why. The letter examples Coster’s undermining of […]

Given NZ’s media is dominated by communist feminists. They sneer at and belittle Simon Bridges, a Christian white male, happily married with a beautiful wife and kids. He’s everything they hate and envy at the same time. So they put him down every time they can. Here’s a more complete video of Mr Bridges criticising […]