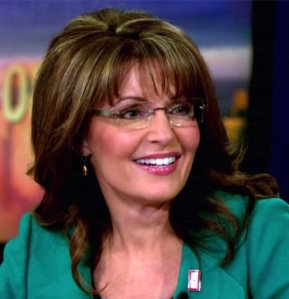 No doubt you have read the Progressive media’s take on Sarah Palin’s recent speech reacting to allegations she was responsible for the actions of a psychotic loner with a years long grudge against his Blue Dog Democrat representative. She was “injecting herself into the debate”, (yeah, they really claimed that) or it had “ended any chance she may ever had have of becoming President”, or from MSNBC’s Joe Scarborough who went so far as to opine it had “ended her political career”.

All the same old deconstructive garbage that is the stuff of Progressives/Communists. They’re just following the pattern they were introduced to in university. They subject Palin to criticism, and attempt to pull her down, but notice how they never apply the same standards to any other politicians, and notice how they never suggest any more “appropriate” candidate? Its the same standardized strategy employed by the left the world over.

The truth is the speech was a big positive for Palin. A new poll published by Media Curves has found that Americans are seeing the former Alaska governor as more likeable, sincere, and believable after watching her speech. Respondents were asked to rate Sarah Palin on a scale from 1-7 regarding likeability, believability and sincerity.

Newsbusters reports- With the exception of likeability among Democrats, Palin’s attribute ratings increased among all parties after viewing her speech. The most notable increase was her sincerity ratings, which increased from 2.62 to 2.69 among Democrats, from 5.25 to 5.45 among Republicans and from 3.68 to 3.85 among Independents.

The poll also found an increase in the number of Democrats, Republicans, and Independents that see her as a positive figure in the United States after viewing the speech-

-40 percent of Democrats, 81 percent of Republicans, and 56 percent of Independents feeling the speech helped her image

-37 percent of Democrats, 78 percent of Republicans, and 54 percent of Independents feeling the speech helped her potential run for president.

So once again, the facts show the appallingly biased left wing media pundits to be wrong. Yet we know the attacks on Palin won’t stop. There are two points I’d like to make here-

1) There are a number of candidates for the upcoming 2012 election. When the Democrat machine decided to use the Arizona shootings as a political weapon, they didn’t go after Mitt Romney, Mike Huckabee, Tim Pawlenty, Rudy Guliiani or even Haley Barbour. They went after the “quitter”. They went after the one who is light years behind Obama in “electability”. They went after someone who is “inexperienced” and lacks “gravitas”.

So why do the Democrats continue to focus on the “unelectable” Palin? I’ll tell you. Because Sarah Palin is the face of the American Revolution. She represents the silent majority, or as Katey Couric called them, “the great unwashed”, or as Obama called them, the yokels who “cling to their religion and their guns”. She represents the the productive sector not the welfare sector. She is the biggest threat ever to the established Washington political elite and their mantra of political correctness. Her single facebook page carries more political and news cycle impact than the entire White House Press corp.

She is the top Republican fund raiser. The Republican National Committee is $20 million in debt while Palin’s coffers are bulging. So there is my second point.

2) When did you last hear one long term Republican official say a word in defense of Sarah Palin? Sure, the odd Republican has spoken out, but even last week, when the attacks reached a level of cowardice and untruth remarkable even for what we expect from the left today, the Republican party remained officially mute.

Like too many parties on the so called right, the Republicans have an incredibly bad habit of allowing the left media to set the agenda for them. So they don’t get the support (or the money) that Palin does, because she is not afraid to make the media part of her offensive against the left.

The RNC elected a new leader. Michael Steele has been replaced by Reince Priebus. His backers claim he is a Tea Party Conservative. I’m skeptical, but prepared to give the guy a chance. It will be interesting to see what direction he takes on Sarah Palin. Will he try to draw her into the party, or will she continue to be an outsider? Whatever decision he makes will have considerable impact upon the Republican Party’s finances.

For myself, the Republicans blew it long ago. I don’t trust them. I don’t like them, and if I was making any political contributions, I wouldn’t give them a dime. If the Republicans really want to improve their finances, they better decide whether Palin is in or out, and they better do it damn quick. And if they go on dancing to leftmedia’s tune, they’re finished as a political organisation.

Obama already has about a billion in the bank, the whole of the world’s media in his pocket, and millions of thug supporters from the White House to the back streets of Chicago ready to do what ever is necessary to get him re-elected. Its no time for Republican indecision over the one person Obama and the Democrats and the left everywhere obviously fear more than death.