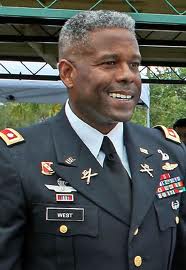 I’m not saying Ron Paul does not make some good points, but when he does, they’re too often countered by bad points. I cannot agree with his isolationist approach. The world is a dangerous place. Freedom is under attack on a number of global fronts. If the US shrinks its defences to the inside of its own borders it will eventually face defeat from those forces. Of that I am sure.

Of course war must be paid for, but when freedom is under attack, surely it must be a worthwhile investment, and if we could just escape the political correctness of our times, it could be waged a lot less expensively and a lot more effectively. If we could just stop wasting so much money in every other area of government. If we could just acknowledge the importance of liberty and how so much of what we are doing within our own countries weakens that precious condition.

He brought the crowd to its feet a dozen times, generating more thunder than any of the presidential aspirants who took the stage over the past three days. There were many fine presentations at CPAC, and perhaps one of those speakers will go on to become a strong candidate, and a magnificent President. All of them would do well to study Allen West, and why the crowd loved him.

This was genuine spontaneous heartfelt and well earned applause. Not the artificial cheering of a collection of immature and rude political zealots.

Let those who counsel isolationism consider West’s commanding view of a dangerous world that we cannot hold at bay with two oceans, a bargain-basement military, and a pile of ransom offerings. It would be fun to watch a representative of Obama’s hapless security team justify “granting American constitutional rights to terrorists, while we have imprisoned our own warriors for killing terrorists” to the lieutenant colonel who valued his career less than the men under his command in Iraq.

There has already been some hand-wringing about West’s description of radical Islamism as “a seventh-century ideology that is anathema to the values of America and Western civilization.” Anyone who thinks they can prove him wrong is invited to stuff the theatrics and step up to the plate. His vow that he will “never let Israel down” is exactly the commitment needed to stave off the sort of tragedy liberals spend the lives trying to understand… after all the corpses have been disposed of.

He offered a simple and unapologetic defense of our common bonds of language, marriage, and culture, which is far more valuable than half a century of liberal theories about why everything went to hell after they dissolved those bonds. He counseled “respect for the unborn,” and made a point of distancing himself from Obama’s tortured moral posturing by declaring, “I do not believe that having a baby is punishment.”

Allen West spoke of faith as an invitation, tolerance as a universal law, and unity as a blessing. As conservatives, we are the stewards of wisdom that our forefathers lived and died to provide us. We want a President who can bear that wisdom against an ideology which uses people as the subjects of a behavioral experiment, and devours possibility until only requirement is left. The courage, dedication, humility, and joy to complete that mission were all displayed in ample measure by the man who brought the house down on Saturday night.

Good stuff, but even greater stuff from Alan West.