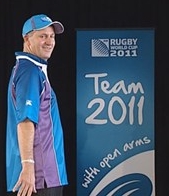 I never put too much store in polls, because they don’t really help much except in terms of what the electorate is perceiving at any given time. The trend for National seems to be downward. TV One’s latest Colmar Brunton poll showed a 4% drop in support for National and an 8% drop for John Key since the last poll in December 2010.

They show where National have gone wrong in putting Key in as leader and seeking the fragility of popularity rather than a stronger candidate able to sway the electorate with forceful argument and earn a genuine respect and commitment from voters. Key just cannot sell anything that might be initially perceived as unpopular. He lacks the intellectual depth and the human characteristics necessary to rise above a mere popularity rating and draw people to his argument.

He coasted for most of his first year, and now the time has come to do some necessary hard work, he can’t do it without losing popularity. Hang on I hear some of you say. He is still very popular. Yes, fair point, however he has not done much to reduce that popularity and he has dropped eight points. How far will he drop when he has to do something really unpopular? My point is that he does not have that much leeway in popularity left. He must start drawing people to his point of view, explaining why certain things have to be done, and then doing those things without suffering too great a drop off in voter support.

There is the problem. It is my belief, from observing him over the last year, that he cannot do that. His specialty is caving in. He cannot fight his corner. He does not have the raw ability to present a case and argue it and convince people of that case’s correctness. So he’s run a bluff that has kept himself happy, and kept the gormless turkeys in National happy, and kept the NZ voters happy in the delusion that everything is fine. Except it ain’t fine, and sooner or later that truth is going to have to be dealt with.

Maybe Key can string these delusions out to the next election. Maybe not. If he can’t sell the truth when it becomes necessary to do so, the National Party will pay a heavy price. If Labour get rid of the loser Goff and put a fresh face in there with a bit more appeal, and with the other unknowns such as new parties and NZ First, winning the next election is far from a fait accompli for National and John Key. With a real leader, it probably would have been.