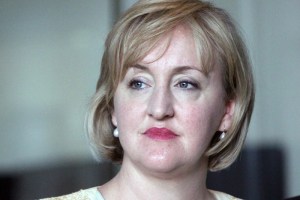 Amy Adams is pushing this Bill, taking over from Judith Collins.

If you’re not fed up enough yet with the government spying on you and invading your privacy, then the Harmful Digital Communications Bill, introduced by Amy Adams and the gutless Nats, should just about do it.

This bill is just what you would expect, some knee jerk lib/ prog reaction to the whining of some anti-free speech jellyfish somewhere that expects to go through life being spared the inconvenience of ever being offended.

Its been through two readings so far in the house and passed unanimously each time so once again friends, we are reminded that in the NZ parliament today, there’s nobody looking out for you.

According to the Beehive-

creating new criminal offences to deal with the most serious harmful digital communications;

making some small amendments to existing legislation to clarify their application to digital communications and cover technological advances.

Penalty levels for the offence of non-compliance with a court order to a maximum penalty for an individual of six months’ imprisonment or to a maximum fine of $5,000 fine for an individual or $20,000 for a body corporate. In respect of the offence of causing harm by posting digital communication, a person who is convicted of that offence is liable to imprisonment for a maximum term of two years. No fine provision at this stage

Notice that the word “harm” is not defined (anywhere I can see). The usual excuses for legal representatives at the Law Commission are behind this unprofessional language and there’s more of it below. Now here’s the rub. If you post a comment or a story somewhere that offends someone, the person so offended can issue a complaint. Here’s how it goes-

If the host is unable to contact the author (for example, because the identity of the author is unknown) after taking reasonable steps to do so, the host must take down or disable the specific content as soon as practicable after taking those steps.

However, if you refuse to take down the offending material, it appears the ISP must immediately divulge your identity to the complainer. So there we have it. Want something taken down or want to find out who might be behind any anonymous content, then Amy Adam’s Bill is what you need.

Don’t forget the main point here- all any whiner needs to do is make a claim stating they have been “harmed”. The charge of harm doesn’t have to be proved, and already the commenter or blogger is faced with taking the material down or perhaps giving up their identity. To someone who may not even be a party to the subject communication.

This is not as many have claimed a small and light weight attempt to address the issue of perceived “bullying” on the net. It is a fully fledged assault by the state on the privacy of internet commenters and bloggers. Once again we see parliament working together on this legal atrocity. They’re all the same folks. If you want to stop tyranny, you need to stop voting for mainstream parties.

(To be fair to Amy Adams, this was originally Judith Collin’s bill.)