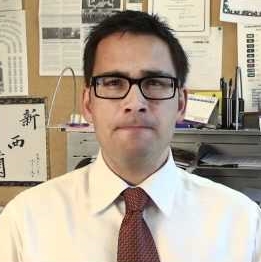 Work to improve the safety standard of a dangerous section of road in Northland has begun as part of a nationwide programme to improve regional roads move by National to improve their chances of beating Winston Peters in the Northland by-election.

Transport Minister Simon Bridges today visited the site of the $13m Akerama Curves Realignment Project on State highway 1, south of Kawakawa, where he announced that site preparation for this scheduled upgrade is underway, ahead of full construction beginning next month.

Under the Accelerated Regional Roading Programme, which offers $80 million in additional Crown funding, the realignment project has been sped up by five to six years.

“This project will provide safer and more reliable road journeys for Northlanders and reduce the risk of crashes by providing a straighter and more forgiving road alignment, a handy voting advantage over Winston at just the right time, and hopefully will swing the by-election for us” Mr Bridges says.

“Northlanders have made it clear that a safe, resilient road network, that caters for heavy transport and seasonal peaks is an absolute priority, and we have listened to that they are not the electoral pushover we thought they would be, and with the Sabin issue, and Winston campaigning so well, we had to pull some kind of rabbit out of the hat. John, Steven and I think this will do the trick.”

6 thoughts on “Simon Bridges- Safer journeys an attempt to head Winston off at the pass.”