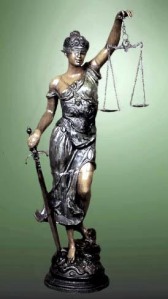 A while ago I attended a rugby football match in Brisbane between the Reds and the Chiefs. Brisbane has its moments but is generally one of the more civilised towns in Australia/ NZ. Rugby matches are a family event, and it was great to see fathers and mothers with their children out in public enjoying themselves in relative civility.

As we filed out at the stadium after the game, I witnessed a Chiefs supporter on one side of the exit corridor who has spotted some of his friends on the other side. He called across the corridor, very loudly in full view and earshot of the mothers and fathers, and children leaving the stadium “Hey you c*nts, get your useless f*cking arses over here”. More of the same followed in profane banter between the two groups. All loud and uncaring of offense to families and children.

Whereas nobody enjoyed this ignorant barbarian’s behaviour, nobody said anything. He wasn’t arrested or even admonished. Such rudeness and ignorance is of course regretted, but it is accepted as par for the course in the society the Progressives have constructed.

That was a few years ago. Now we flash to the present. Moses Mohi Joe Tupaea, who is 66, today pleaded guilty in the Hutt Valley District Court to two charges including offensive behaviour and threatening to injure after a “racial” rant on a Hutt Valley bus last week. It showed a passenger telling two men of Arabic appearance to go home to their own country and accused them of shooting innocent people. The tirade was recorded by another passenger and posted online. Whereupon NZ’s cultural guardians flew into hysterical rages and emotional overdrive. They demanded the offender’s head. I wrote about in this post.

NZ’s Police dutifully responded and launched an operation to track the offender down. How many Police staff were involved in this operation, and how many hours were logged in tracking the man is not mentioned. I suspect the man has a diminished intellectual ability, but really that is not the point. Whereas the man at the football match suffered no criticism, the man on the bus was hunted down with enthusiasm inspired by a massive manufactured outrage.

So why the difference in approach? I’ll tell you. The man’s behaviour on the bus was used as an example to send a strong message, from the Progressives and multi-culturalists, to anyone who opposes them. Speaking out against their mission is going to get you into trouble and to kids watching, note its a bad bad thing to do. The Police and the judiciary were actually used as a political tool. This whole event was a propaganda exercise designed to quell current unease about the assault that is currently occurring on NZ’s traditional Judeo-Christian culture by massive immigration. Like it or we’re coming after you was the message.

The most disappointing thing is it is an exercise that is applauded by so many. NZ’s respect for traditional freedoms are submerged in the sludge of politically correct fascism taught in our schools and universities and repeated by a media who have long ago forgotten their real role is to protect us from such events. These people, multi-culturalists and progressives, are attempting to subjugate us to their will and they will use any means to ensure their goals are met. Including the political and or ideological corruption of the Police and judiciary.

If only they were educated in history, they might know what they are doing and recognise their actions as those that have brought many a state to slavery and death and destruction. One day they might see this, but I have the feeling its going to be far too late.