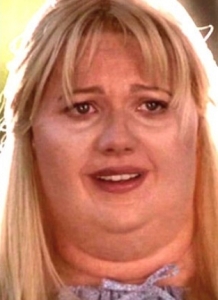 Don’t you get sick of these over-paid left wing liberal/ progressive Hollywood no-talents preaching on politics and social issues?

Last week, Gwyneth Paltrow, who is typical of the class described above, announced that she had accepted The Food Bank for New York City challenge to live on food stamps for one week, with a grocery budget of $29 or about $1.38 per meal.

Once Paltrow, who runs the luxury lifestyle website Goop, had accepted the challenge, she tweeted a picture of her $29 in food choices — brown rice, black beans, peas, eggs, tortillas, cilantro, limes and fresh vegetables. She also commented that she was taking the challenge and “walking in their shoes to see how far we get.”

As happens often, the harsh reality of life was brought home to Paltrow by a legion of Twitter users who mercilessly panned her for her patronising hypocrisy.

“Vast difference living on food stamps for 1 week knowing you’ve a safety net of millions, and that being your life every day Gwyneth Paltrow,” tweeted one person.

“Don’t Worry, Poor People: Gwyneth Paltrow Is Here to Show You How to GOOP Your Food-Stamp Benefits,” said another.

Maybe instead of grandstanding about $29… you could help normal people and donate some of your millions to a food bank?

Vast difference living on food stamps for 1 week knowing you’ve a safetynet of millions, and that being your life every day

Maybe instead of making a scene living as a poor, Gwyneth Paltrow could’ve donated 1/100 of her $280M net worth to food stamp families.

Have to laugh. Its good to see these insuffereable progs get their arses kicked by reality once in a while.

Its over- the left have won

So many words, and falling mostly on deaf ears. Not just this blog, but many others have been warning for years and years and years about what will happen if NZ does not change its communist trajectory. The trick to life is to always try and see things as they really are. To filter out […]