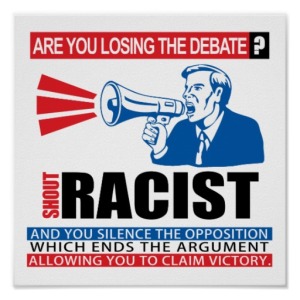 Progressives have a strategy of labeling anything that makes them uncomfortable politically by a dismissive or pejorative term. For example, if you have a view that challenges the current progressive orthodoxy that NZ needs “diversity”, and that multi-culturalism brings “vibrancy”, you’re labeled racist and or xenophobic.

So rather than discuss the real issue, they scream those allegations and then turn away, for you have been put in a box that just cannot be opened.

It is this strategy that has created a climate where the issue of immigration cannot be discussed in any rational way, and that is why in my opinion we have both Labour and ACT trying to make some capital out of concern with the Auckland property market and National’s inaction, but being too cowed by PCism to address the real issue- that is simply over crowding caused by an immigration policy that is out of control.

ACT Party leader David Seymour ran an endless cassette tape in place of any good ideas, and said the Government needed to get rid of the “draconian” regulations it had in place.

“Everybody now recognises there’s a problem. The question is does New Zealand have the fortitude to accept the RMA and our regulatory environment have got it wrong and we need to act fast before we create a tenant generation and a have and have not economically unstable society,” says David.

David, we already have both of those things. and we’ve had politicians whining about the RMA for about 20 years and nothing changes.

So why, when we have these acknowledged problems do we continue with a flow of immigration we know only exacerbates those problems?

Why can’t you David and Andrew Little speak the truth and call for a stop or a slowdown in immigration?

I’ll tell you why. You’re both a couple of PC losers too cowed to speak the truth because you tremble with fear that someone may label you racist or xenophobic.

Leaving aside the primary truth that its all being done to underpin what National falsely calls its “rock star economy”.

Is it just coincidence that Auckland with its clogged roads and schools and its bogged down council is short of about 30,000 houses and that’s about what its gained in people over the last year or so? It has to be, or the shortage would be much less and maybe not even exist.

Sooner or later we have to get off the treadmill, and the longer you leave it, the worse the correction will be.