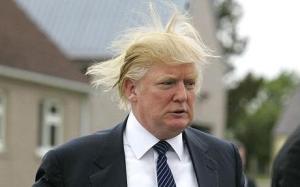 I guess you could say Trump was a successful business man but I’ve never like his politics. He’s been a big Democrat donor and supporter for most of his life and suddenly he’s running as a Republican?

There’s still no official announcement but Trump appears to be building a team up for  a run.

The billionaire has beefed up his team in the first caucus state with some notable hires, including Chuck Laudner, the operative credited with playing a lead role in former Pennsylvania Sen. Rick Santorum’s come-from-behind win in the 2012 caucuses.

“The fact that he has hired Chuck Laudner tells me he is serious,” sources said . “I just don’t think that Laudner would have agreed to do what he is doing right now unless he was confident he was going to run.”

Trump announced last month that he was forming a presidential exploratory committee, declaring, “I am the only one who can make America truly great again!”

He has told crowds that Mitt Romney “let us down” in the 2012 election and warned against nominating Jeb Bush because of the former Florida governor’s stance in support of legalizing illegal immigrants and defending the Common Core education standards.

As for his own stances, he appeared in an Americans for Limited Government radio ad Wednesday that urges GOP leaders on Capitol Hill to block the Trade Promotion Authority (TPA) and the proposed Trans-Pacific Partnership (TPP).

Mr. Trump also has vowed to protect Social Security, Medicare and Medicaid from cuts, voiced opposition to the Obama administration’s executive amnesties and vowed to build a border fence.

Trump does have some policies I like, especially his attitude to China, but I can’t get over the idea that in the end, its all about Trump.