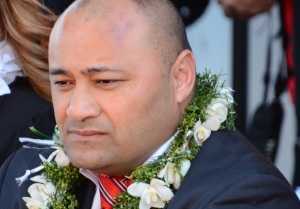 I see that knuckle dragging prog loser Slater is trying to spin this Mount Eden story as some kind of win for National. Well, Slater is a fool, and you can forget about him, but I just can’t believe what hopeless jerks are running the National Party today. If there was any other party in this country capable of producing a leader with only half of a single braincell, these clowns would have long been history.

Here’s what I see as the issues with Mount Eden.

1) Who knows what the truth is there? Its a den of thieves liars cowards and criminals. No one goes to jail under this dysfunctional justice system unless they’re a really bad guy. Any stories coming out of the jail should be discarded unless they are backed up with conclusive proof.

2) Giving way on a private firm running Mount Eden is conceding a massive victory to the anti private enterprise zealots of  the extreme left. Apparently its only a temporary thing, but its still the same kind of defeat. It should have been resisted tooth and nail. Corrections Ministers Peseta Sam Lotu-Iga should be fired for his easy surrender.

3) Peseta Sam Lotu-Iga should have been fired long ago anyway because he is a virulent anti-white racist who drinks the Marxist kool-ade and is determined to drive wedges into our society and weaken it as much as he can. Unknowingly of course. He’s too dim to understand the forces that drive his thinking.

4) So a private firm gets a contract to run a jail, and the left are committed to proving this is a bad idea. What would you do if you wanted the project to succeed and you were the Minister? I’ll tell you what I would do. I would make sure there was unflinching and dedicated oversight by government observers to ensure there was no failure of the contract. There would be strict audits, wide oversight, and this would be written into the contract. In fact I’d be gobsmacked if these were not already in the contract.

5) So if it turns out there are any goings on at the jail, they are down to the government and the failure of its oversight/ audit systems. This means once more that Corrections Minister Peseta Sam Lotu-Iga has to be fired or resign and his successor needs to put a functional system in place. So allowing the private contract to continue.

I think overall this is down to Sam’s boss, Minister of Police Michael Woodhouse. A determined anti-liberty statist who should have been drummed out of the party long ago for his failure to believe in the principles it was founded on.

Then again, if you fired Woodhouse on that account, you’d have to send the flag changing socialist progressive John Key with him and 99.9 percent of the National Party.

I’d do it if I had the chance. This Mount Eden episode, misdealings in the jail or not, is just one more instance of John Key lead incompetence and failure. He’s a Prog, and he’s got no damn business leading the National Party, a party born from Conservative roots. NZ is down the tube. I mean really down the tube. And its the Progressives who have infiltrated the National Party who are mostly to blame.