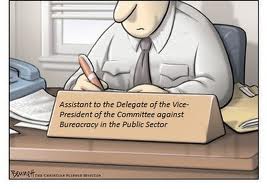 I was going to hold off on commenting on the TPP until I had seen some parliamentary debate but I’m not sure when that’s going to happen so decided to plunge in.

As with a number of other such agreements it could be some time before the TPP becomes a reality. Once a free trade agreement has been concluded, it needs to be legally verified, signed and then ratified by the governments of the parties involved. Changes to legislation may also be needed. For these reasons it takes time from when the negotiations are concluded, to when the agreement comes into force.

Will it ever come into force? Who knows, but my hypothesis is whether it does or does not is of no real import either way.

NZ is actually awash in so called Free Trade Agreements.

Here (via Wiki) is a list of Free Trade Agreements of which New Zealand is part and the date of coming into force.

Here is a list of pending FTAs, TPP excluded.

So, with all of these agreements either existing or in the pipeline, we apparently still need another? What message does this send to any thinking person? What in NZ’s present or past economic position stands as a real testament to the benefit of these agreements beginning as far back as 1983?

Here we are in 2016 teetering on the edge of an economic abyss and saved from falling in the govt’s own admission by massive immigration and tourism. What then have all those previous FTAs delivered? (And when you think about the answer to that question, remember the SERVICE industry is 70% of the NZ economy. IOW, 70% of the economy does not produce any goods. )

English and Key don’t like to talk about GDP per capita, for with 60,000 or 70,000 new citizens every year its not a good look. The real national disposable income per capita fell 0.4 percent for the year. The truth is the NZ economy is not the world beating example of economic management the National Party tells you it is. It limps along on sectors that are not part of any FTA.

Of course as with anything coming from govt, we can expect the opposite of whatever things are named. For example the Ministry of Business Innovation and Employment actually works to hobble those areas in the NZ economy. With a massive budget  ($4.3 billion) and staffed by a legion (3000) of over paid shiny arsed paper shufflers they’d actually do the economy so much better by leaving their regulation producing jobs, relieving the taxpayer of the burden of their wages, and picking fruit.

So as the MBIE is a job destroying innovation crippling farce, so we have Free Trade agreements that are not really free trade.

How can the TPP for example, covering 12 Pacific nations and encompassed in a 5544 page document of regulations and side issues, be in any way representative of free trade? Incursions into our own sovereignty and draconian illiberal laws relating to copyright enforcement are only the tip of the iceberg.

What is more, as I stated above it is subject to ratification by each member’s govt, but if this has not happened before February 2018, it will be imposed on non-signatories by means of a clause that says it will enter into force after ratification by at least 6 states, which hold together a GDP of more than 85% of the GDP of all signatories.

Here is another question for you. China is one of the worlds biggest exporters. Why hasn’t it therefore joined the TPP? I’ll tell you. Its doing quite OK without it.

World Bank estimates say the agreement will benefit NZ by only 3% by 2030. I say this prediction in these volatile times is not worth the paper it was written on. Its a figure that probably isn’t even close to being outside the margin of error. The same organisation puts the estimated benefit to Australia at only 0.7%

Minimum wage legislation is perhaps the most stark example of the futility of so called “Free Trade” agreements. How can one country with such legislation trade freely with another country that does not have a minimum wage?  Does “minimum wage” mean something or is it just window dressing? If it means something, why then enter into international trade agreements that work to undermine it? This is just one of many such conflicts that prove the whole thing is just so much feel good socialist nonsense.

The Australian Productivity Commission makes the point that the TPP is not free trade but “preferential trade”. It also says-

The TPP is just another big govt fraud that is, just like all the other so called FTAs before it, unlikely to bring any real benefit to NZ that did not exist anyway.

The way to true Free Trade is through deregulation by govts, not by means of 5544 pages of legal gobbledygook. In fact its ridiculous to ever expect free trade to be a reality when govts are so huge and so powerful. How can an over-regulated economy like Australia or NZ ever trade profitably with small govt low regulation countries? The Singapore govt costs its traders about $40 billion to run. NZ traders pay $100 billion. How can we possibly compete?

Govts following Keynesian economic policies and determined to remain popular with voters borrow without limit, print their own money, manipulate exchange and interest rates, and heavily regulate business. While this goes on how can the long awaited “level playing field” ever arise? Answer it can’t. So therefore under big govt socialism, “free trade” especially without any kind of leveling mechanism, is just as mythical as the damn unicorn.

FTAs and the TPP are just more of the same old socialist smoke and mirrors when things that really would make a difference ARE LEFT UNTOUCHED.

Note- So what do you want I might hear you ask? I want this.

7 thoughts on “The TPP, yet another political class con job on voters”