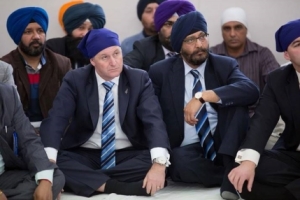 Really, is there any greater collection of political cowards on the planet than the NZ National Party?

Well maybe there is. The UK Conservatives, and the US Republicans for example. Let’s leave that gut churning competition aside for now.

Here are some questions for the National Party, that they won’t answer of course. They prefer to turn the mirror to the wall rather than see themselves for what they are.

The Nats don’t have a response to this of course because its a question that never enters their simpleton minds. However, the answer is very few, a negligible amount.

What also does not enter the Nats’ minds is the question “Why is all this “multi-culturalism” only occurring in one direction?” Again these lame easily manipulated damn fools turn the mirror to the wall.

I know why the Nats bring these people here. They only know part of the reason themselves, but I know all of the plan.

The Nats bring people here because immigration boosts the economy. Keeps the failing socialist economic heart of NZ pumping weakly and allows the desperate Nats to claim credit for growth and “good economic management”. Also, it brings our apparently deficient traditional culture badly needed “vibrancy and diversity”. Balderdash of course but that’s why I call the Nats stupid. They fall for that propaganda like gape jawed gap toothed hillbillies.

If they really were good economic managers, and we had a viable economic system rather than a socialist basket case, we wouldn’t need immigration to drive growth.

But its time I got to the real issue. The figures for the alien/ competing cultures listed above total 27,800. Total immigration from compatible (European based) cultures was only 13000, with only about 4000 of these being from the UK, and the rest from South Africa, France and Germany. No doubt more than a few of these were from alien cultures too, as it seems anyone can get an EU passport today.

So the thick as three short planks Nats don’t even ask themselves why we have alien cultures coming here at twice the rate of similar cultures. For one thing, they’re too frightened (or cowardly) to confront the issue. The Labour party or other subversive sources may call them racists, and that would be shattering to their fragile self images. The Nats are too dumb to see that one way “multi-culturalism” is racist in itself, being inherently hostile to the established traditional race.

So to any National Party members/ supporters who may be uncharacteristically curious about this, I give them the answer.  The first point is that you’re being manipulated by left wing/ progressive political forces. In academia and the mainstream media. But this of course is a force that drives so much of the Nats’ thinking patterns, and their actions. Its not news. What is the more precise reason for an inflow of foreign or competing cultures?

The post modernist left, the cultural Marxists, the progressives, have for decades been working to “deconstruct” what they perceive as “western white power structures”. Its no real secret of course, to anyone who reads left wing strategies and ideologies. The Nats don’t. They only read the NZ Herald or the Dominion Post. So they don’t know, they only react to subversive criticism without a clue as to its real sources.

To be fair, many of those in the media and academia don’t themselves know the origins of the ideas they expound, but that is another story, too long to go into here and now. I’m trying to focus your mind on the abject surrender of the Nats.

The whole idea behind multi-culturalism, and the one way flow proves this beyond doubt, is to break down the power structures the left see as preventing them from gaining total political power and reforming Western civilisation in the shape they want it to be. In short, they seek the destruction of our traditional European patriarchal society, and mass immigration from foreign cultures is an excellent way to hasten this objective into being. Divide and conquer.

So the foolish Nats (who wrongly perceive themselves as an anti-left force) are enthusiastically contributing to their own demise and the demise of the ideas that originally underpinned their party. Without the faintest idea of what they are doing. As usual.

A Twitter example of how the left think about the West and its “power structures”.

The vacuous Nats have been caving in to the left for decades, and under the poll driven Crosby Textor influenced surrender monkey John Key, they’ve caved in even worse than usual. They’re now completely bereft of any ideology that might compete in the field of ideas, against the left. They have no awareness of what they are doing, and worse, because there is a vacuum where there should be ideas, they have no means to confront criticism from the left.

John Key, David Cameron, Malcolm Turnbull, all weak idea-less progressives, typify the rot at the core of the West’s anti-left forces. In their failure to confront cultural Marxism, and the left’s strategy of gradualism, they have made their respective parties just sub sets of their left wing opposition parties.

Its why there is such widespread dissatisfaction with all major political parties. Both perceived anti-left and perceived left parties work towards the same destructive objectives. Namely the tearing down of our traditional culture and its replacement with the new progressive big govt model. In reality, due to govt’s co-mingling with pro-socialist business entities (Google, Facebook for example), a new kind of totalitarian fascism.

The only way we can fix this problem is to vote against both major parties. Do it now. Vote for minor parties and give cowards like the Nats the message that we will not stand for their capitulation to progressivism and their destruction of our traditional culture a minute longer.