After studying politics and history at Victoria University, and subsequently gaining her Masters degree in Public Policy and Theology in the United States. Presently the Deputy Chair for National MP (Maungakiekie) Peseta Sam Lotu-Iiga, Deputy Regional Chair for the Northern (Auckland) region of the National Party, and recently managed the campaign for Auckland Council candidate, Alfred Ngaro.

Denise is married with three children. David Farrar described her as a “good catch for National” when she joined them after leaving United Future.

Toni Millar has been an Auckland City Councillor from 2004 to the present. She was the Chairman of the Eastern Bays Community Board from 2001 to 2004. She is a member of the following organisations: Justices of the Peace Association (Auckland), Friends of Auckland Art Gallery, Metrowater Community Trust.

Toni is no fan of cyclists, having opposed the construction of cycle lanes on Tamaki Drive.

Toni is a good runner up. 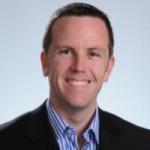 Simon O’Connor says leading is not about talking; it’s about listening and doing. Simon has an extensive background in volunteer and community organisations, working alongside people from all walks of life. He has earned four degrees from Auckland University, most recently an MA, but knows the value of real experience gained through action.

He lives in Grey Lynn, and works in the healthcare sector. He enjoys running, fencing, golf, opera, and off the wall comedy. Simon wants to see better transportation, a healthier environment, and greater prosperity for everyone.

Out of contention for spending so much time at Auckland University and having too many weak wet political clichés in his promotional material.

Mark Thomas is famous as the National Party candidate sacrificed by Jim Bolger in 1996 to get ACT into parliament. Probably the Party choice, believed to have the backing of an unnamed cabinet minister.

Out of contention for being the party choice.

Seby Reeves– Not much known about Seby, other than that he is the son of former National MP Graham Reeves who was once good friends with Ross Meurant. Might be OK if he’s like his father, but excluded for lack of information. Could move up my list once more is known.