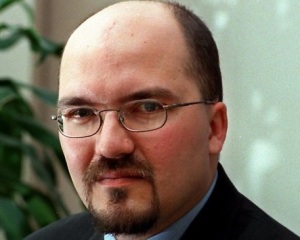 Political Consultant Mark Textor advised the Turnbull Liberals that “The sum of a more centrist approach outweighs any alleged marginal loss of so-called base voters.”

Voters should not forget how the Liberal Party came to this. Tony Abbott was disliked by the electorate, the Senate was a mess, and the perceived solution to all of these problems was to replace Abbott with Malcolm Turnbull, the “great communicator”. Enjoying much more popularity than Abbott, he would save the party from the oblivion it was heading for under Abbott’s leadership.

Despite warnings that replacing Abbott with the progressive left winger Turnbull would seriously alienate the Conservative wing,  the Liberals pressed on, embracing the words of political consultant Mark Textor “The sum of a more centrist approach outweighs any alleged marginal loss of so-called base voters.”

This was about the worst advice ever given in recent times. Not only was it wrong, it awoke among Conservatives an anger that pressed them to retaliate. Pauline Hanson’s One Nation Party is now running at 10% in the polls. Probably half of this support is down to anti-Turnbull Conservatives, not necessarily supporting Hanson, but angered by the contempt the Liberal party displayed for their support, and determined to somehow make their voice count.

So the Great Communicator (so great he’s afraid to appear on Sky News) and his supporters have a problem to solve. Nothing promised by Turnbull’s ascent to the leadership has eventuated. Their “solution” to Abbott’s perceived failures has only exacerbated the problem. Conservatives have deserted the party. Turnbull is widely viewed as a phony. Last election the Liberals lost 14 seats, reducing their majority to 1. The Senate is more of a minefield than ever.

Labor’s media cohorts have from day one of Turnbull’s takeover determinedly pushed the meme that Abbott was plotting to destabilise Turnbull and take back the leadership. These constant allegations have born fruit and the chattering classes now accept that Abbott wants to replace Turnbull.

Its a meme that is just not believable. Abbott may well want to return to the leadership eventually, but not now. Its doubtful he would want to take the Liberal Party down the same embarrassing and discreditable road as Labor with their Rudd Gillard Rudd situation. Abbott’s recent book is not aimed at restoring him to the leadership. Not immediately anyway. Its merely an attempt to set the Liberals on a better course. To help them save themselves from electoral oblivion.

If Abbott was to return today, even with his claimed political epiphany, he would still be in much the same situation as when he was rolled. He would still be white anted by Turnbull supporters. The Senate is worse. He would have to face increased hostility from Turnbull supporters in the electorate. The electorate reaction in general would probably also be largely negative. (the transactional cost) Abbott is a smart man, and he sees that this would be just a leadership change too far.

Turnbull, along with his deputy, the Canberra Cockroach Julie Bishop, has shown an amazing lack of sensitivity. He signed Australia up to the Paris Climate Change Accord. He continues to endorse large scale immigration. He has no budget solutions and debt continues to spiral out of control. With the Senate too difficult to negotiate, the latest rumours are of tax hikes. Yet we see continued examples of govt largesse and contempt for taxpayer money.

Tony Abbott’s five point plan is an attempt to steer Turnbull in a direction that will bring back the support the Liberals have lost, and it is the best solution. A far better option than a leadership change.

Now the nub. Will Turnbull follow the route Abbott has recommended? He could, but its unlikely. He and Bishop have already demonstrated their intransigence. So the Liberals will most likely lose the next election.

Deep in Conservative hearts, it was known this would be the outcome of Turnbull’s takeover. Given that inevitability, the need is to seek out the positive. The Liberal’s loss will be cathartic. Not only will it see Turnbull’s demise, but it will also see the end of his supporters.

So if Abbott was to resume leadership after the next election, he would not be dealing with the problem of white anting. He will lead a unified party. A party that has learnt a harsh lesson, and will never again think such advice as “the sum of a more centrist approach outweighs any alleged marginal loss of so-called base voters” was worth listening to.

Abbott’s resumption of the leadership at this later stage would also avoid, to a large extent anyway, the stigma that would come with a Liberal party replay of Labor’s Rudd Gillard debacle.

In summary, the Liberals have made their bed and fate decrees they must lie in it at least until the next election. The sensible strategy is long term, and for those who wish to see the Liberal Party return to Conservatism, the solution lies in the next two elections.

The next election, which Turnbull will almost surely lose, is the start of really fixing the Liberal’s problems. After the defeat, Turnbull will go and so will his supporters, those who thought it was a good idea to replace an elected PM.

Many of the 53 have already gone. The 35 who remain are listed here. Use your vote to clear these people from the party at the next election. Sure, even a one term Labor govt is a terrible price to pay for a return to political sanity, but sadly the course was set when Turnbull took the leadership.

The Liberal Party needs to be rebuilt on solid ideological foundations. If Abbott comes back, make Andrew Hastie his deputy with a view to taking over when Abbott finally retires. Or if Abbott isn’t around or doesn’t want the job, or for some other reason doesn’t make it, then make Hastie the leader. Andrew and men and women like him are the future saviours of Australia.

The current Liberal Party, the ideological and political shambles on show today, will not take Australia anywhere it needs to go. No matter who is leader. The only solution is long term, and a virtually new but united party.

The election is two years away. Turnbull should call it early and get it over and done with.

13 thoughts on “No easy solution to Turnbull dilemma”