It took twenty eight years to pull down the Berlin wall. The sclerotic secular progressive condition of New Zealand politics has stayed in place a lot longer.

The wall was built over night, trapping East Berliners fast in the mire of Soviet Communism. For those unfamiliar with its history, it was built in 1961 to stop the exodus of people from East Berlin into West Berlin. At the end of the second world war, the city was divided amongst the victors, and half of Berlin came under the control of Joe Stalin’s Soviet Russia. After some time, the Germans living in the Russian sector soon realised they didn’t like it much, and voted with their feet by moving west. 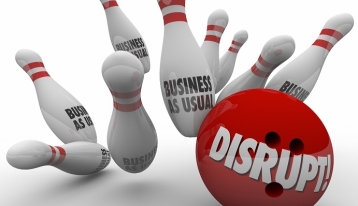 This mass migration impacted severely on the Communist sector, with the loss of manpower and skills affecting the economy. So even though right up until they built the wall the Stasi (East German Secret police) were saying it would not be built, it went up overnight on the 13th of August 1961. That was it for East Berliners, who were trapped behind it for 28 years.

Until in 1989, a populist revolt forced the Stasi to pull the wall down.

New Zealanders of course, although insular, have not been trapped behind a wall. They can leave whenever they want, and many do. It is estimated that more than a quarter of the population choose to live overseas.

Nevertheless, even without a wall, the political situation has remained not so much static, but has crept ever so slowly towards the left side of the political spectrum. The National Party was formed with an excellent set of guiding principles, based around minimising state power and a lack of interference in the lives of individuals. Those principles are forgotten today, and have been replaced with typical feel good progressive nonsense.

The Labour party started off far further to the right than it is today too, but is nowadays about as close to communist as you can get within the constraints of what is at face value a democratic society.

The National Party has been led far from its founding principles by a policy of surrender to Cultural Marxism, (or to be more accurate, a complete lack of awareness as to its existence). The Labour Party has been likewise infected by this insidious and fatal disease and as a result New Zealand voters today are where buyers of Henry Ford’s model T cars found themselves in 1928, when they were told they could choose any coloured car they wanted as long as it was black.

To be accurate, there was one wonderful uprising against this socialist mediocrity, and it occurred after NZ changed to the MMP system of voting, when a party with the grand name “The Association of Consumers and Taxpayers” was founded in 1993. It won over 6% of the vote in 1996, and 7% in 1999, giving it nine list MPs, and therefore the power to push a considerable degree of change upon the country.

The strength of character of the men who founded the ACT party gave it its electoral success. Sadly, as those men gradually left the political scene, the influence of the party faded and 20 years later the country has drifted back into the deep mire of secular progressive socialism.

The ACT party today is a shadow of its former self, and has succumbed to Cultural Marxism and Critical Theory to the same extent as the two major parties. It has recently raised itself from this lethargy to defend the right to own firearms, and to mount a mild defence of free speech, but this sudden concern has really only served to highlight their previous willingness to surrender to NZ’s prevailing progressive socialist orthodoxy.

There was another slight political aberration with Winston Peter’s split from the National Party, and the formation of the NZ First party. However NZ First has really just floated in whatever direction brought its leader the most prestige and power. Its never been firmly committed to any particular philosophy, and its existence has never caused anything like the ructions caused by the ACT party.

So today, almost twenty years into the new millennium, NZ desperately needs another disruptor. To do what the ACT party did in 1996. Or, to do what Donald Trump has done in the US, or what Nigel Farage has done in the UK.

What are the options for the NZ voter looking for such a disruptor? Not that great right now, but let’s not despair yet.

In 2011 the Conservative Party rose up and in the 2014 election, gained around 4% of the vote. Far more than ACT, the Maori Party & NZ First, but as it was just short of the 5% threshold, and did not have an electorate seat, it failed to enter parliament. The party crashed and burned the next year due to alleged office sex scandals.

The party has been revived as The New Conservatives with a new leadership team. According to Wiki, It advocates lower taxation and reduced government spending, and also supports agrarian and social conservative issues. Fine objectives, and liberty lovers should therefore wish it to go well. Its leaders Leighton Baker and Elliot Ikilei seem to be men of excellent character.

Sadly, the shadow of the unfortunate Colin Craig seems to still hang over the party, and in the 2017 election it was only able to draw 0.2% of the vote (6,253).

So where is NZ’s true disruptor? Its Trump or its Farage?  Nowhere? Maybe. However, there is one speck of light deep down in the tunnel, and its coming from the embryonic New New Zealand Party. One guesses this name comes from the memory of another disruptor, Bob Jones, who lead the original New Zealand Party when it dislodged Rob Muldoon’s National party from power (giving govt to Labour) in 1994.

The New NZ Party is lead by David Moffett, who seems to have the needed strong and forceful personality of a disruptor, and if he can get the party off the ground, and running in the race, Mr Moffett could well be the man we are all looking for. He’s the subject of an article here.

There are other new parties arising even as this article is being written, but given their potential leaders have been seen before, none would seem to qualify for the disruptor title as well as David Moffett and his New NZ Party.

It is important to remember the real role of the next disruptor will be to target and destroy the suffocating orthodoxy of NZ’s progressive socialist political condition. The party’s actual policies are not so important as its ability to rock the boat with a vote surge. It must therefore have a populist platform, mixed in with its own broadly defined preferred principles. It must not move into the area of any conspiracies or fringe ideas that the man in the street will find it difficult to relate to.

The challenge is to make policies that will sell to the populace, but are also damaging to the status quo. This is of course not easy, but it can be done, as the success of Trump and Farage has shown.

So in terms of a new party, with a forceful leader, and the ability to shake up NZ’s mundane political scene, it appears the New NZ party may be what NZ voters unhappy with the lack of choice have been looking for. Best wishes to Mr Moffett for his undoubted courage in starting a new party, and every success for the future. It won’t be easy, but hell, its doubtful this has ever been the kind of precondition that would stop a man like David Moffet.

12 thoughts on “Time for the Disruptor”