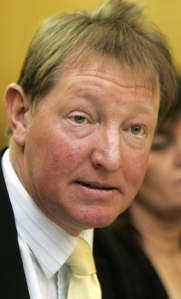 Nick Smith is proud of increases in building consents.

“These positive signs follow a general pattern of strong growth that has continued for almost four years. They confirm the latest GDP data showing a $9.5 billion annual investment in residential construction – an all-time high. It shows that the Government’s programme of measures to increase housing supply is working.

Read that again- GDP is being driven by construction of homes, and why do we need them readers? To cope with record levels of immigration.

But do you think Slippery Smith will admit this? Here’s what he said next-

“This is good progress but with strong net migration data from fewer New Zealanders leaving, we need to keep doing more.

Get it? Its not high immigration levels, even when Statistics NZ say it is, according to Smith its because “fewer NZers are leaving”. Man the National Party are becoming a bunch of cheap charlatans as they work frantically to maintain their smoke and mirrors economy.